Lieutenant Commander Data and Dr. Crusher conspire to reanimate a few discarded dead bodies from the 1990’s. Join your somewhat perplexed hosts as they discuss the troubles this episode faced due to a writer’s strike, the utter charm of a character seemingly intended to be held up as the epitome of late-20th century philosophical degradation, and the precise meaning of the term “low-mileage pit-woofies.”

Spoiler warning! We dive right into a detail-rich discussion of this episode, so if you haven’t had a chance to see it yet – beware!

Next week: Captain Pike and the crew of the U.S.S. Discovery stumble across a ‘New Eden’ – the second episode of Star Trek: Discovery’s second season!

Check out the Feedspot list of Top 60 Star Trek Podcasts for 2021.

Watch a static image while listening to the podcast on YouTube

You can also visit www.itsgotstartrek.com and leave a comment or head on over to the It’s Got Everything subreddit to join the discussion. Don’t say we didn’t give you options here! 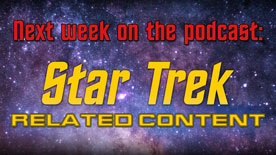 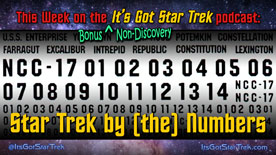