Theme music by 11 Acorn Lane.  Visit www.itsgoteverything.com to learn more and maybe buy something?  We are keen to earn some cash.

Next Episode: ‘Hear All, Trust Nothing’ Lower Decks S3E06 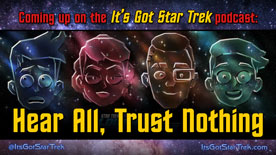